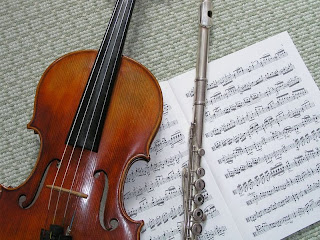 One thing I don't understand: Why do singers and actors earn more than musicians.

You go out to the streets and grab any random people to sing, act and play a musical instrument. Most people can do the first 2. And they would use their "common sense" method. They puff their cheeks and BLOW air into the horn. While the actual method is to bite for woodwind and buzz for brasswind. Playing a musical instrument comes with practice. No one can play it immediately. Singing and Acting is the direct opposite.

Musicians also have to worry about a lot of things. Example, their tone, their tuning, their rhythm, they loudness, their skills(running notes, double tonguing etc), and money. Why money? They have to buy their own instruments while singer's voice comes free and actor's acting comes free too.

(most) Singers, unlike chorals, do not know how to read musical notes. And they obviously wouln't know italian, french or german terms for music. How they sing? A pianist would play their part and they would add in the lyrics. Some don't even know what the heck is tuning. They would just rely on the recording machine to make them sound nice for their CD. But live performance? Either they make a fool out of themselves, or they lip sync.

Actors, on the other hand, only memorise their god damn script. And cry when necessary. This, too, needs practice. But it won't take as long as YEARS to practice.

And I conclude, singers and actors make money through their face. NOT their talent. Even if you act really poorly, or sing very poorly, you still get a good pay if your face isn't disfigured. And yea, for those who hate certain celebs, go ahead and destroy their face. Sit back and enjoy to see how they earn money from the media world.

Musicians, definitely do not need or care about their appearance. They earn money through their skills. And their skills are obtained through years of practice, unlike singers and actors. You would probably see ALOT of fat, bald, albert-einstein-hair or geeky musicians. But you would not use these terms on celebs. Because, celebs use their appearance to earn, while musicians use their skills to earn. Nobody would care about the musician's appearance! However, like I said, even if you act poorly or sing badly, you still earn a great deal of money if you are a singer or actor.


The Art of Sound

Create a playlist at MixPod.com